Bulls Versus Blazers And The NBA Playoffs SNES 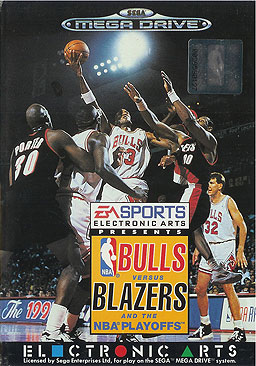 The game is the sequel to Bulls vs Lakers and the NBA Playoffs. Like its predecessor, the game's title refers to the previous season's NBA championship series, the 1992 NBA Finals match-up between the Chicago Bulls and Portland Trail Blazers. It was the first EA basketball game to feature in-game advertisements featuring the company's "EA Sports" logo.