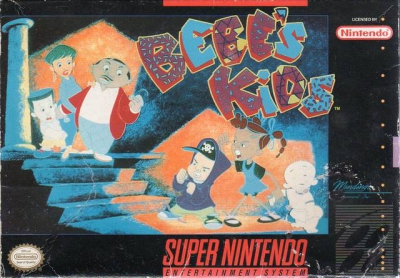 BÃ©bÃ©'s Kids is an action-oriented Super NES video game that is loosely based on the movie of the same name. The video game enjoyed a North America-exclusive release. Nintendo Power gave this game a 2.475 out of 5 rating (49.5%) in its January 1994 issue.