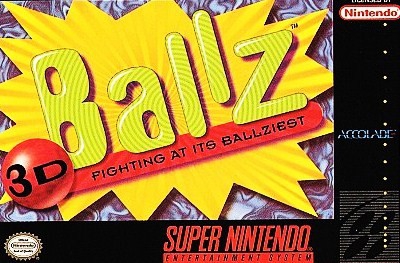 Ballz 3D is a two player 3D action fighting game for the Sega Mega Drive/Genesis, the Super NES (SNES) and the 3DO. It was developed by PF Magic and published by Accolade in 1994. The 3DO version was released as a director's cut in 1995. Ballz offered three difficulty levels over a total of 21 matches. Its distinguishing quality was that each of the characters were composed completely of balls, with a pseudo-3D look.