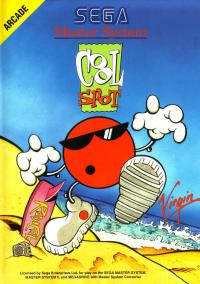 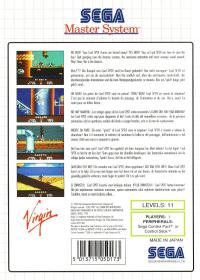 The game is a 1-player platformer in which the player controls Cool Spot, who can jump, and attack by firing soda bubbles, which could be shot in all directions and while jumping. Cool Spot could also cling to and climb various things by jumping up in front of them. In each level the player must rescue other cool spots, who look exactly alike, from cages at the end of that level, which is not necessarily the point at the far right of the level map. In order to do so, the player is required to collect a certain number of "spots" that would change (usually increase) as the game progressed. "Spots" were placed across the level in large quantities.