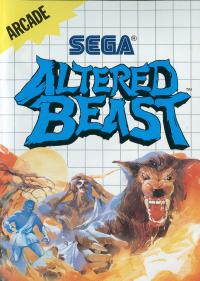 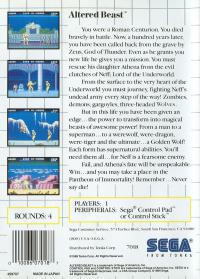 Altered Beast is a side scrolling, platform, beat 'em up game that puts the player in control of a centurion who had died in battle. The centurion has been resurrected from the dead by Zeus. In exchange, he ordered the warrior to save his daughter, Athena, from a Demon God called Neff in the Underworld.