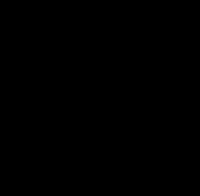 Blast Lacrosse is an indoor lacrosse video game released on May 23, 2001 for Sony's PlayStation. It is officially licensed by and based on the National Lacrosse League and includes all nine teams of their 15th season, including mascots.[1] It is also licensed by the Professional Lacrosse Players' Association. The game features in-game advertisements for Shamrock Lacrosse and STX. The cover features an Ottawa Rebel player wearing #88. This is the only lacrosse related video game ever on Sony's PlayStation: PSP, PS1, PS2, and PS3 The style of play is very similar to the arcade style of NBA Jam and NFL Blitz where, if a player scores a hat trick they become "on fire" and play better until stopped. The game is voiced by play-by-play man, and sports radio host, Scott Ferrall.