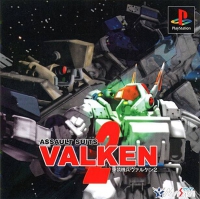 2050. Fossil fuels such as oil is being depleted, and a disturbing atmosphere hangs over the world. Under such circumstances, the European Asia Commonwealth and the Pacific Rim United States, the two super powers of the world, rushed into the lunar military base development. Tactical beam guns have been positioned on the moon, in order to answer to any attack on the colonies. With the many disputes over mining resources, weapon placement and space colonies taking place, heroes of the Pacific Rim United States man their AS 117 Assault Suits and take to the battle ground to settle this war once and for all.