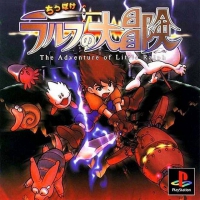 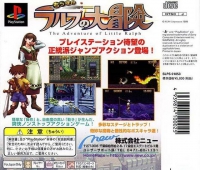 The Adventure of Little Ralph is a 2D platformer. In this game the player controls Ralph, who has been turned back into a child by the evil demons who have invaded his homeland. In order to stop them and return to his former self, he must get through each area filled with enemies, traps, and many hidden routes. Ralph is armed with swords and various magic powers and also has the assistance of a small furry companion. The game's levels are interconnected, unlike the "stages" of most other platform games.