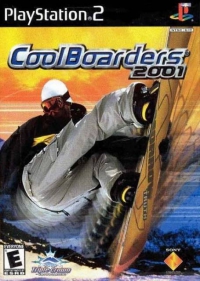 Grab your snowboard and hit the slopes with Cool Boarders 2001 for the Playstation 2. The latest in a long-running franchise, Cool Boarders 2001 was influenced by input from ten of the world's best pro riders, and includes boards from the top manufacturers, including Morrow, Dragon, K2, Billabong, and Smith.