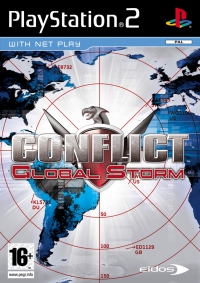 Tasked with locating and ultimately defeating a new force in global terrorism, is a rapid response counter-terrorist unit made up of four Gulf War veterans; Bradley, Jones, Connors and Foley. The original heroes of Conflict: Desert Storm are back, this time having undergone intense training in counter-terrorism and counter-insurgency techniques, all added to their wealth of extensive battlefield and special ops experience. In ensuring the safety of the team Foley goes MIA and the team must enlist the help of sniper Carrie Sherman. As the missions become more deadly and the team start to uncover more of March 33's plans, its clear they face the greatest challenge of their careers to date The game features a Co-Op Campaign for up to 2 players. Share weapons and ammo, as you team up through the game's missions in this tactical shooter.