Code Of The Samurai PS2 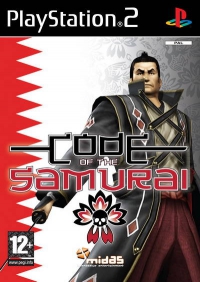 Code of the Samurai, known in Japan as Shinsengumi Gunraw Den (æ–°é¸çµ„ç¾¤ç‹¼ä¼, Shinsengumi Gunrou Den), is a hack and slash game for the PlayStation 2 by Red Entertainment. It was released in 2005 in Japan by Sega, and was published in Europe in 2007 by Midas Interactive Entertainment. The game featured the Shinsengumi, characters proposed by Nobuhiro Watsuki and character designs by Hidenori Matsubara.