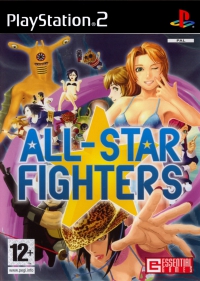 The craziest heroes and heroines! Who's the toughest? It's time to stop talking and start fighting. 14 unique characters, from bikini-girl to chan-saw boy! Characters from D3Publisher's games come together for a head-to-head show down. Each has their own unique and distinctive style, it's up to you to master them. The impact system is key to winning! Learn your fighter's combos and special moves. If your energy is running low, use a super impact attack to turn the tables on your enemy! Multiple game modes and bonus features! Play a wide variety of game modes. Including practise mode for trying out new fighters; survival mode for testing your stamina; race against the clock in an attempt to defeat all characters in time attack mode; and more!