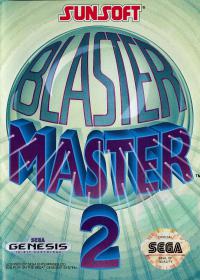 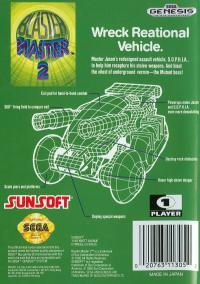 It has been four years since Jason's Encounter with the Plutonium Boss and the radioactive mutants under the Earth. His only reminder of the incident is S.O.P.H.I.A., the vehicle he used to stop them, which he has hidden in an abandoned barn. One day, one bolt of lightning struck the house and caused the ceiling to crumble, knocking Jason unconscious. When Jason woke up, S.O.P.H.I.A. was in pieces and the parts he had collected from his first dealings with the Mutant Bosses were missing. Little does Jason know that there are more lightning beings where the first one came from and they are planning to destroy the Earth. The beings started digging towards the Earth's core in order to shift the planet's weight off its axis, leading to total annihilation. The parts from S.O.P.H.I.A. are being used to create a robotic army to assist the being in accomplishing their mission. Now, Jason must stop them, but he won't make it without the help of S.O.P.H.I.A. Since he can't recover the parts, he decided to redesign it to better prepare himself for the ordeal facing him. After 29 days, S.O.P.H.I.A. was completely rebuilt and ready for battle. Remembering where he saw the being's footsteps, Jason jumped in his vehicle and headed towards the mountains where the challenge begins.

The sequel to the popular BLASTER MASTER is here, in the form of BLASTER MASTER 2 for the Sega Genesis. Jason has redesigned his mobile assault vehicle, S.O.P.H.I.A., to make it an almost unstoppable machine. Now it's up to you to help Jason recover the weapons that were stolen from his lab by the evil vermin of the underground. You'll have to learn the controls of S.O.P.H.I.A. quickly if you're going to be successful, because these mutants don't take too kindly to humans. The assault vehicle comes fully equipped for any type of situation: an exit pod for hand-to-hand combat, a 360-degree firing field, high clearance to scale piers and platforms, and booster jets that allow you to hover. So head underground, retrieve those stolen weapons, and show those parasites just how displeased you are by their behavior blast them into oblivion!