Back To The Future Part III Genesis 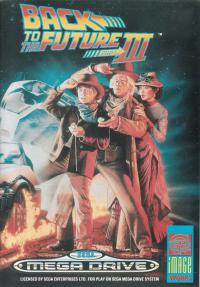 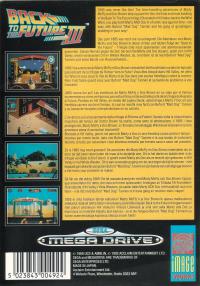 From the wild, wild West: Good guys, bad guys, street cleaning showdowns, a pretty lady in distress and a time machine the does 88MPH. Too bad the nearest gas station is decades down the road. Your only way home is to catch Doc Brown's train to the future. But you've got some wild west action standing you and the Doc's 20th Century Express, Clara Clayton's runaway buggy, Buford Tannen's gang and old Mad Dog Buford himself. So hurry up and don't miss you train - because the next stop is more than a century away.

Time-traveler Marty McFly finds himself trapped in an 1880s version of Hill Valley, and you'll need to hone your shooting and riding skills to ensure his survival. Back to the Future Part III offers four stages of action, each featuring distinct objectives and styles of play. The first stage involves galloping on horseback while ducking or jumping to avoid hazards, whereas the second stage has you shooting ducks, bandits, and other targets from a first-person perspective. The third stage, which takes place from an isometric perspective, is a plate-flinging showdown against members of the Tanner gang. The fourth and final stage features a side-scrolling viewpoint and involves jumping across the cars of a moving train while confronting enemies.