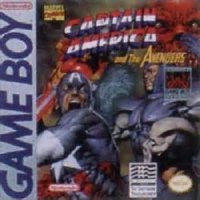 The Red Skull is using a mind-control device to unite the world's most dreaded super-villains under his command. The call goes out to the world's mightiest team of superheroes: AVENGERS ASSEMBLE! As Captain America, Iron Man, Hawkeye or Vision, it's up to you and a friend to foil the Red Skull's fiendish plan for world domination. Battle enemies like Whirlwind, Living Laser, Klaw, Grim Reaper and more! Live the Marvel legend in this picture-perfect translation of the blockbuster arcade smash!