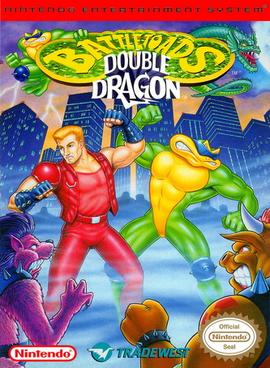 Battletoads & Double Dragon is a 1993 beat 'em up developed by Rare and published by Tradewest. It was originally released for the Nintendo Entertainment System and later ported to the Mega Drive/Genesis, Super NES, and Game Boy.