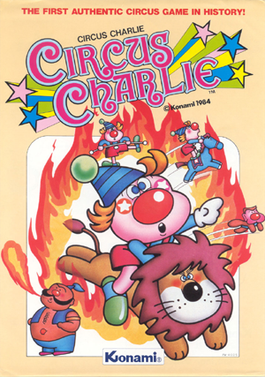 Circus Charlie (ã‚µãƒ¼ã‚«ã‚¹ãƒãƒ£ãƒ¼ãƒªãƒ¼, SÄkasu ChÄrÄ«) is an action/platform game originally released by Konami in which the player controls a clown named Charlie. The game was a hit arcade game in 1984, which also had a successful release on the MSX in the same year, followed by ports to the Nintendo Famicom in 1986 by Soft Pro and the Commodore 64 in 1987. It was released along with other Konami classic games on the Nintendo DS compilation Konami Classics Series: Arcade Hits.