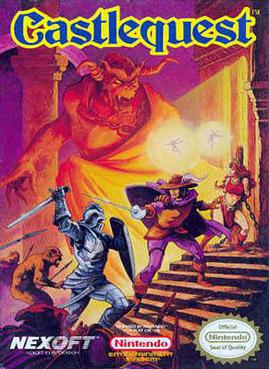 Castlequest (known in Japan as Castle Excellent (ã‚­ãƒ£ãƒƒã‚¹ãƒ«ã‚¨ã‚¯ã‚»ãƒ¬ãƒ³ãƒˆ, Kyassuru Ekuserento)) is an adventure/puzzle-hybrid video game. It was developed and published by ASCII Corporation in 1986 for the Famicom (Japanese version of the NES) console and MSX computers, and was subsequently released in 1989 for the NES in the United States by Nexoft Corporation.