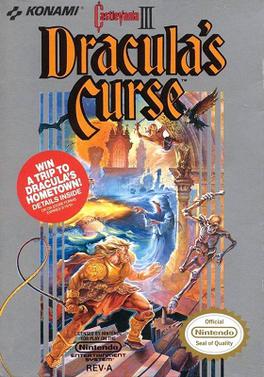 Castlevania III: Dracula's Curse, known in Japan as AkumajÅ Densetsu (æ‚ªé­”åŸŽä¼èª¬, literally Devil's Castle Legend), is the third and final Castlevania video game produced for the Nintendo Entertainment System. It was published by Konami in Japan in 1989, in North America in 1990, and in Europe in 1992 (some time after the European release of Super Castlevania IV). It was later released on the Wii Virtual Console in the PAL regions on October 31, 2008, in North America on January 12, 2009 and in Japan on April 21, 2009.