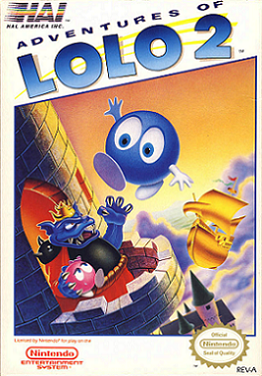 Adventures of Lolo 2 (ã‚¢ãƒ‰ãƒ™ãƒ³ãƒãƒ£ãƒ¼ã‚º ã‚ªãƒ– ãƒ­ãƒ­, AdobenchÄzu obu Roro) is a puzzle game released in 1990 by HAL Corporation for the NES/Family Computer. It is the sixth installment of the Japanese Eggerland video game series; it was the fourth game released in European countries and the second one released in the United States and Canada.