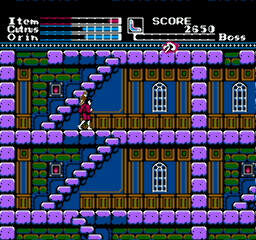 8 Eyes (ã‚¨ã‚¤ãƒˆãƒ»ã‚¢ã‚¤ã‚º, Eito Aizu) is a 2D action platforming video game developed by Thinking Rabbit for the Nintendo Entertainment System. The game features eight levels, and can be played by one or two players. It also features a large, diverse soundtrack, composed by Kenzou Kumei, often quoting from the operatic repertoire, consisting of three pieces for each of the eight levels, each set in a different part of the world.