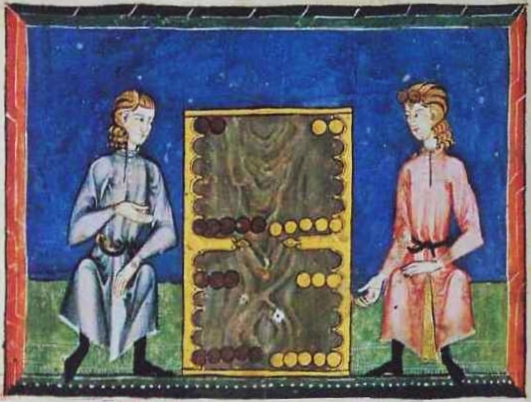 Backgammon involves a combination of strategy and luck (from rolling dice). While the dice may determine the outcome of a single game, over a series of many games, the better player will accumulate the better record, somewhat like poker. Thus, records of matches between players are good indicators of relative skill. With each roll of the dice, players must choose from numerous options for moving their checkers and anticipate possible counter-moves by the opponent. In variants that originate from early 20th century New York, players may raise the stakes during the game. There is an established repertoire of common tactics and occurrences.

Like chess, backgammon has been studied with great interest by computer scientists. Owing to this research, backgammon software has been developed that is capable of beating world-class human players (see TD-Gammon for an example).