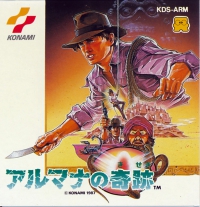 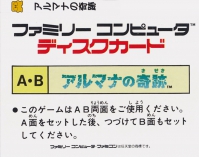 A magic red jewel, known as the Arumana, is stolen from an unnamed village. A thief runs off with the jewel and turns the entire village into stone. Kaito must travel through six cavernous levels in search of the stolen jewel, Arumana. The player begins with thirty throwing knives as his weapon of attack. As they venture through the levels they can find various other weapons. These include bombs, a handgun, bolas, a crystal ball that destroys everything on screen, and mines. He must destroy various cave dwelling creatures as well as soldiers, who sometimes drop weapons.