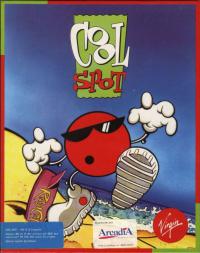 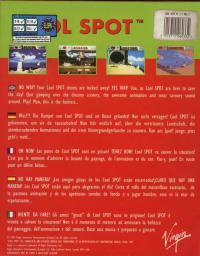 Cool Spot is a 1993 platformer video game developed by Virgin Games and published by Virgin Interactive for the Mega Drive/Genesis and Super Nintendo Entertainment System. The game was later ported by other teams to Sega Master System, Sega Game Gear, Game Boy, Amiga and DOS in 1994. The title character is Cool Spot, a mascot for the soft drink brand 7 Up.