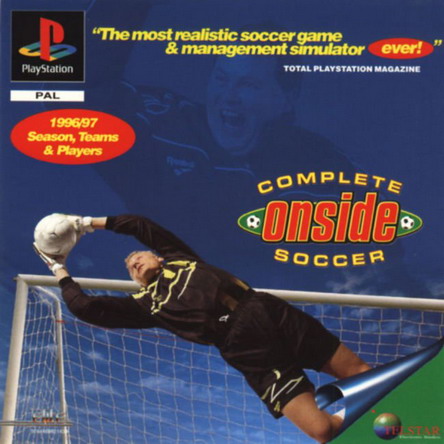 Complete Onside Soccer is a football simulation game programmed by Elite Systems and published by Telstar Electronic Studios for the PlayStation and Windows. It was released in 1996 in Europe and 1998 in Japan.

There is a version of Onside Soccer developed for the 3DO Interactive Multiplayer, which was released in 2007 by OlderGames.