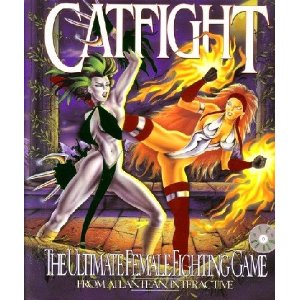 Catfight (also known as Cat Fight and CatFight: The Ultimate Female Fighting Game) is a PC fighting video game developed by Phantom Card and published in 1996 by Atlantean Interactive (front for pornographic film company Vivid Entertainment). It is regarded as one of the worst video games ever made. The game is not related to the Japan-only PlayStation 2 game The Catfight.