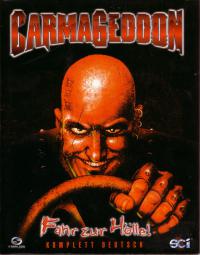 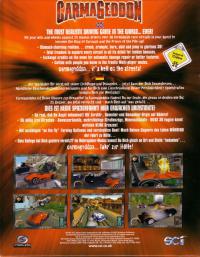 Carmageddon is a graphically violent vehicular combat 1997 PC video game. It was later ported to other platforms, and spawned a series of follow-up titles. It was inspired by the 1975 cult classic movie Death Race 2000. The game was produced by Stainless Games, published by Interplay and SCi.

In June 2012, it was announced that a new port of the game would be released for iOS and certain Android mobile devices. The game was released as both a free demo and paid game in 2013.