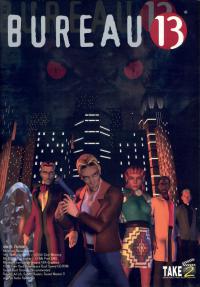 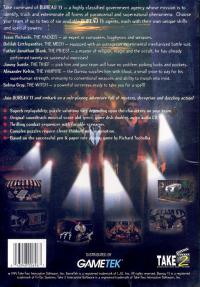 Bureau 13 is a graphic adventure game developed by Take-Two Interactive Software and published by GameTek for the PC DOS and Windows platforms in 1995. It is based on the role-playing game system Bureau 13 and was created by the authors of Hell: A Cyberpunk Thriller. The Amiga port for the Amiga 1200 and Amiga CD32 was in works in 1995, but was cancelled.