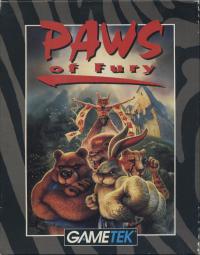 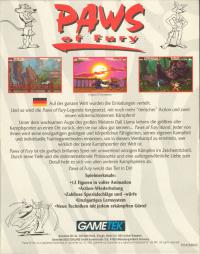 Brutal: Paws of Fury (known in Japan as Animal Buranden - Brutal (ã‚¢ãƒ‹ãƒžãƒ«æ­¦ä¹±ä¼ ãƒ–ãƒ«ãƒ¼ã‚¿ãƒ«)) is a 2D fighting video game published by GameTek Inc. in 1994. The game features a cast of various anthropomorphic animals as selectable fighters. It also features the ability to learn new attacks and save them via a password. Originally a Sega CD exclusive, it was later ported to other game consoles.