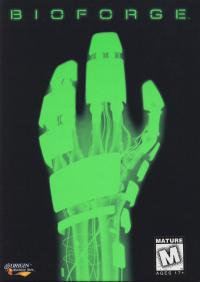 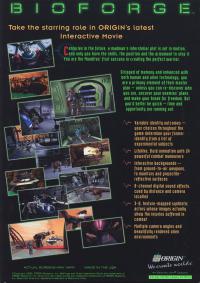 BioForge is an adventure game developed by Origin Systems and published by Electronic Arts for DOS and Windows. The game was marketed as a movie-like production, because of its in-depth plot and extensive voice acting (with 22 different voice actors for characters and computer voices). The game was localized in four languages: English, German, French and Spanish (screen text and subtitles only).

The game was very hardware-demanding in 1995, requiring 8 MB of RAM and a 486 CPU running at 33Â MHz at least, due to its use of texture-mapped, detailed 3D models and a software renderer (hardware 3D accelerators were not yet common).

Well received, but with low sales, it is considered by many to be an overlooked game: it is featured prominently at the Home of the Underdogs and has had generally favorable reviews.