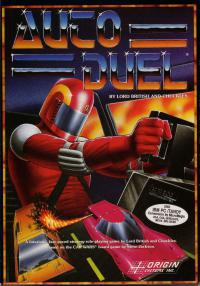 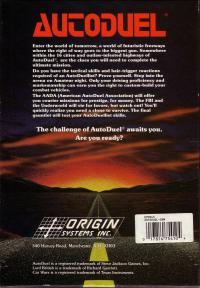 Autoduel is a 1985 role-playing video game published by Origin Systems for the Atari 400 and 800, Commodore 64, Apple II, Apple Macintosh, and MS-DOS. It was released in 1987 for the Atari ST and in 1988 for the Amiga. It is based on the Steve Jackson Games series Car Wars.

The game is set in a hypothetical future in the Northeast U.S., where cars are a primary means of protection and defense, and the highways are dangerous stretches of land ruled by gangs and vigilantes with armed vehicles.

Autoduel is no longer available for commercial sale. However, since the copyright term is still active, Steve Jackson Games has requested that abandonware sites remove it from their archives.