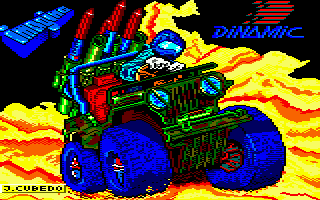 Army Moves is a scrolling shooter game developed by Dinamic Software for the Amiga, Amstrad CPC, Atari ST, Commodore 64, MSX and ZX Spectrum. It is the first chapter of the Moves Trilogy and it was followed by Navy Moves in 1987 and Arctic Moves in 1995. It was first released in 1986 and published by Dinamic in Spain and by Imagine Software. Dinamic Software also developed a MS-DOS version of the game, published in 1989 in Spain.