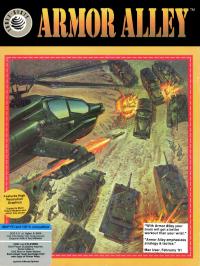 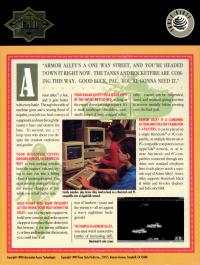 Armor Alley is a computer game for MS-DOS and Mac OS, with gameplay patterned after the Apple II game Rescue Raiders. Play is against either the computer or other humans in a LAN environment. The game supports cooperative multiplayer of up to two players per side.

The player controls a helicopter armed with limited munitions, such as missiles, bombs, machine guns, and napalm. As the player requisitions them, computer-controlled tanks, infantry, engineers, mobile missile platforms, and vans round out available firepower.