All New World Of Lemmings DOS 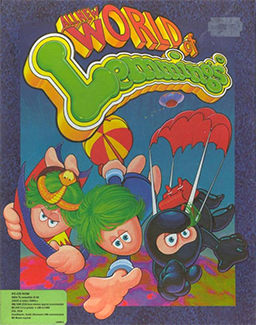 All New World of Lemmings is a puzzle video game released in 1994, as the third game in the Lemmings series. In North America, the game was named The Lemmings Chronicles. It was published by Psygnosis and was the last Lemmings game developed by DMA Design.

The gameplay is similar to the original games, requiring the player to lead all the lemmings to their exit by giving them the appropriate "skills".