After The War DOS 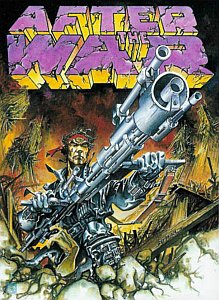 After The War is a video game published in 1989 by Dinamic Software, in which the player controls a character through a post-apocalyptic city, probably after a nuclear war. Released and unreleased artworks by Luis Royo and Alfonso Azpiri reveals that the city should be a post-nuclear version of New York City.