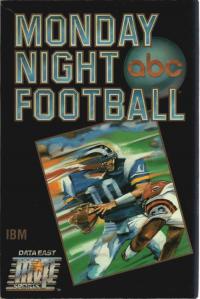 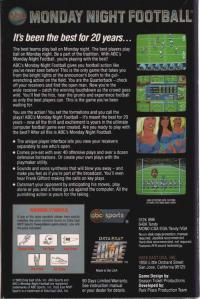 It was licensed by ABC Sports, but did not obtain an NFL or NFLPA license, and as such contains made-up teams, such as the Indianapolis Rays and the Miami Sharks.