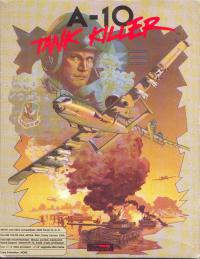 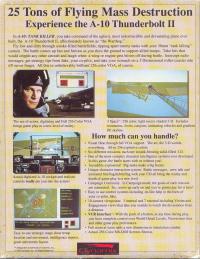 A-10 Tank Killer is a flight simulation computer game for Amiga and DOS platforms developed and published by Dynamix. The game features an A-10 Thunderbolt II attack aircraft. The game was originally released for DOS in 1989 and for Amiga in 1990. Following the success of Red Baron, version 1.5 was released in 1991 which included Gulf War missions and improved graphics and sounds. Several mission packs were sold separately. A sequel published by Sierra, Silent Thunder: A-10 Tank Killer II, was released in 1996.