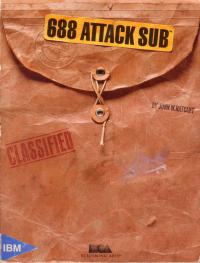 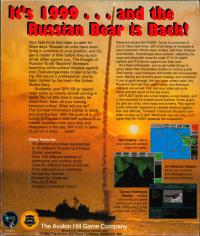 688 Attack Sub is a submarine simulator game designed by John W. Ratcliff & Paul Grace, published in 1989 for DOS systems and 1990 for Amiga computers by Electronic Arts. A Sega Genesis version was also published.

The player takes command of a US Los Angeles-class or Soviet Alfa class nuclear powered attack submarine and plays 10 missions ranging from into either Cold War scenarios or combat missions in a hypothetical global conflict.

As modeled in the game, the American submarine has more sophisticated electronics and more weapons. The Soviet boat has fewer weapons but higher sustained speeds.

688 Attack Sub is known as an early classic of the genre.

This was one of the earliest games that allowed two players to play against each other over a modem (or null modem cable), and the first to run in 256 color MCGA mode.