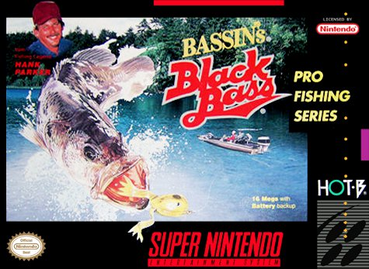 Bassin's Black Bass with Hank Parker, known in Japan as Super Black Bass 2 (ã‚¹ãƒ¼ãƒ‘ãƒ¼ãƒ–ãƒ©ãƒƒã‚¯ãƒã‚¹ï¼’) is a 1994 tournament-based fishing video game developed by Starfish and published by Hot B for the Super NES. The player attempts to rise up from an amateur tournament to the bass fishing championship in both versions. In the North American version however, the player must compete and win against Hank Parker for the championship.