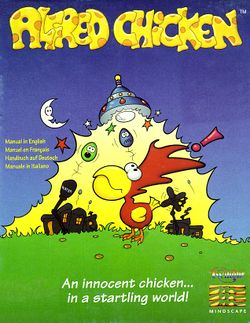 Alfred Chicken is a series of platform games, originally created by Twilight.

The final (as of July 2015) game was released for the PlayStation in 2002, developed by King Monkey Games, simply called Alfred Chicken.