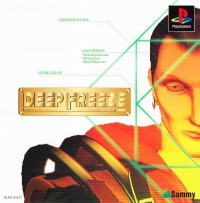 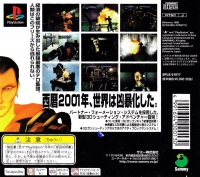 In the year 2001, the world has changed, and terrorism has changed along with it. The terrorist organization Hephaestus has become extremely powerful, and in response, the INTER-ANTS (International Anti-Terrorist Service) has come into existence. As Jack Wired, commander of an ANTS squad, you and your teammates will go into battle to resolve hostage situations and remove the terrorist threats. Deep Freeze is a 3D action-shooting game with pre-rendered backgrounds, similar to such games as Resident Evil and Parasite Eve only with a stronger action focus. Choose a partner from your squad for each mission, then make your way through each situation to eliminate the threat. You can give your partner orders, as well as change formation. The game features full voice acting completely in English, a rarity for a Japanese exclusive title.