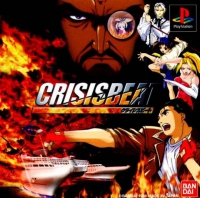 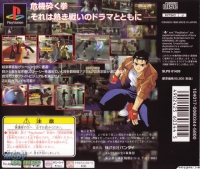 Crisis Beat is your typical 3D side-scrolling game, but with more features. It has rendered cinematics and real-time 3D scenes. The characters have their own voices, and their designs gives them an anime look. Also, you get to choose your character from 2 pairs, so their story begins differently. The story takes place aboard a ship called the "Princess of the Fearless", which gets sea-jacked by a group of Terrorists, led by Colonel Whigen. Your character will then have to fight through the different areas aboard the ship in an attempt to stop the Terrorists. The fighting heavily emphasizes combos and air juggles, and the use of background objects to attack your opponents, in a totally different way to most beat 'em ups. Also, the new Lock-On Counter system separates the game from the normal beat'em ups.

A 3D beat-em-up game with anime-styled graphics and 2-player action. Players will brawl through several levels of a hijacked cruise ship to defeat the terrorists taking command, beating up thugs with powerful moves and a pummeling combo system.