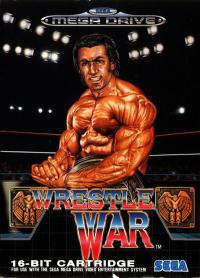 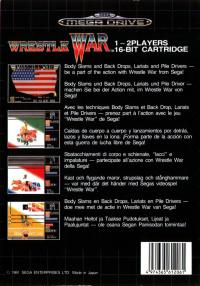 Wrestle War (ãƒ¬ãƒƒã‚¹ãƒ«ã‚¦ã‚©ãƒ¼) is a wrestling game released by Sega in 1989 for Sega System 16 arcade hardware. It was subsequently ported to the Sega Mega Drive in 1991. The Mega Drive version was also brought to Mega-Tech arcade hardware, as well as being included as part of Sega Smash Pack Volume 1 on the Sega Dreamcast. The Mega Drive version was not released in North America, though some advertising from the era suggests that such a release was once planned.