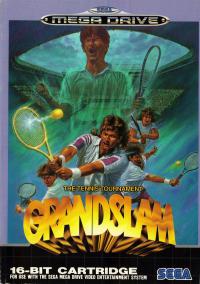 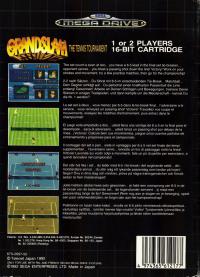 This is a tennis game featuring the game modes Exhibition, Circuits, and Training. Exhibition allows for either singles or doubles play. Circuits mode involves the player competing to win four major tournaments: the Sydney Open, Paris Open, London Open and the Florida Open. The player can also customize their own tennis player by choosing their race,sex, and tennis wear color. Players can also choose whether their tennis player is right or left handed, their type of spin, forehand, and backhand. They can also distribute a set amount of points between skills such as the power forehand, backhand, their footwork, and their net game. The game also offers the option of either playing on lawn, hard or clay surfaces.

If you've longed to play tennis as 1992 Gold Medal winner Jennifer Capriati, now's your chance. Play as the oft-maligned tennis pro or one of ten other female players based on stars from the 1991 tour. The heart of the game is entering a circuit where your goal is to win four major tournaments: the Sydney Open, Paris Open, London Open and the Florida Open. If you feel your skills are not quite up to the level of competition, a Practice mode will let you return serves from your "coach."

Exhibition will have you playing either singles or doubles matches, and a Customize feature stores up to four male and four female players with user-defined ability points. In addition, you can play on either lawn, hard or clay surfaces against a friend or the computer. A password feature allows you to continue using your created players and resume circuit progress. The title is noteworthy for being the first Genesis tennis game available in the United States.