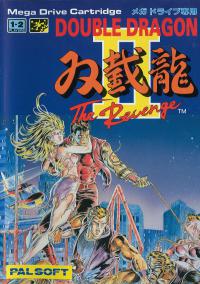 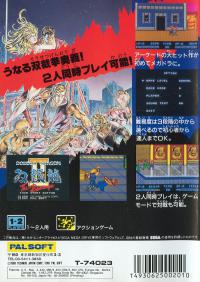 Double Dragon II: The Revenge (ãƒ€ãƒ–ãƒ«ãƒ‰ãƒ©ã‚´ãƒ³II ã‚¶ãƒ»ãƒªãƒ™ãƒ³ã‚¸) is the sequel to Double Dragon. It was released for the arcades in early 1989, although it has a copyright date of 1988 due to the prototype testing conducted that year. The arcade version was essentially an improved version of the first game, featuring revamped graphics, a different combat system, new bosses and all new music, while retaining the same level structures and enemy characters from the first game. The Famicom/NES version, released by Technos at the end of the same year, was a completely different game that shared only the basic premise and a few superficial similarities in levels and character designs. The Sega Mega Drive version, released by PALSOFT exclusively in Japan in 1991, is notably the only console version of the game that was actually a conversion of the arcade game, as the later PC Engine version released in 1993 by Naxat Soft was a remake of the aforementioned Famicom version. However, the Mega Drive version was poorly received by critics and was never picked up for export release as a result. While the Mega Drive version has no official credits, it is known that the sound conversion was handled by Hitoshi Sakimoto, while Masaharu Iwata, who composed the game over theme for this version, claims that Quest may had handled the actual conversion.

A conversion of the arcade brawling game sequel.