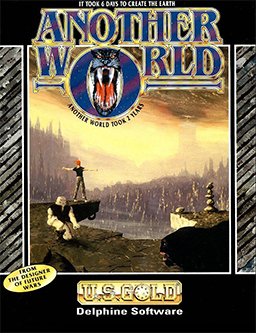 Welcome to the world of Cron, a world of warriors, and dragons and other less desirable creatures. Choose your party from eight character classes including knights, paladins, archers, clerics, sorcerers, thieves, ninjas, and barbarians. Choose your race from humans, elves, dwarves, gnomes, and half-orcs. Each race has attributes specific to their race and class, and their own vulnerabilities.

With over 250 types of weapons and armor, 96 magic spells, and 100 hours of adventuring, you're going to need all the help you can get. Recruit hirelings to help you on your way to finding out the true source of the evil plaguing the land. Customization of your characters helps also, each of them having over fifteen skills and traits.