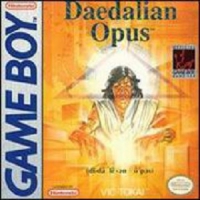 The game is essentially a series of 36 jigsaw puzzles with Tetris-like pieces known as pentominos that must be assembled into a specific shape. The puzzles start off with rectangular shapes and simple solutions, but the puzzles quickly grow more complex, with odder shapes like a rocket ship, a gun, and even enlarged versions of some of the pentominoes themselves. Each level is timed, and once the timer is started it cannot be stopped until the level is finished. One starts off the game with only three pentomino pieces, and at the completion of each early level, a new piece is awarded to the player. At the final level, the player is given the 2x2 square O tetromino and must complete an 8x8 square puzzle. After completing each level, the player was given a password to access that level at a later time. Interestingly, each password was a common English four-letter word, so that by guessing common four-letter words, players could potentially access levels they had not actually reached by playing the game.