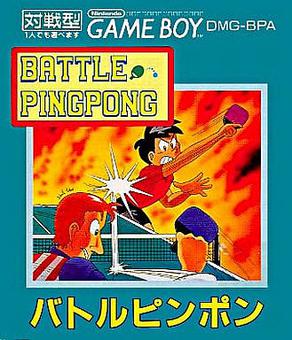 BATTLE PINGPONG (ãƒãƒˆãƒ«ãƒ”ãƒ³ãƒãƒ³) is a Japanese table tennis video game developed and published by Quest for the Game Boy exclusively in Japan. It was released in Japan on August 31, 1990 and never saw a release in another territory. The game allows the player to either compete in a tournament or vs. mode against 8 nations.