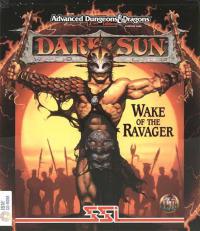 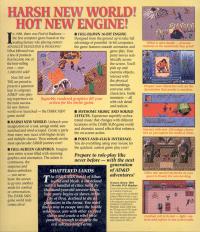 Dark Sun: Wake of the Ravager is a role-playing video game developed and published by Strategic Simulations, Inc. in 1994 for the MS-DOS operating system. It is the sequel to Dark Sun: Shattered Lands. Wake of the Ravager was initially released in two boxed versions: on floppy disk and on CD-ROM, with the latter featuring digitised voice and music (as Red Book CD tracks). It was later re-released in a CD-ROM jewel case form factor, and also as part of the AD&D Masterpiece Collection in 1996.