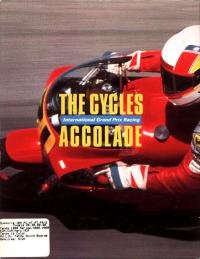 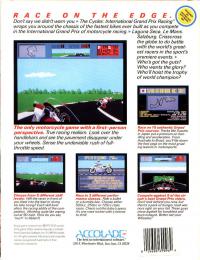 The Cycles: International Grand Prix Racing is a 1989 computer game developed by Distinctive Software and published by Accolade. It has similarities to Grand Prix Circuit, except it is a motorcycle racing sim. The game includes all the tracks of 1989 Grand Prix motorcycle racing season. Laguna Seca and Goiania circuits are not available when you choose 125cc bike.

It was released for the Amiga, Commodore 64, DOS, Amstrad CPC and ZX Spectrum.